Extreme Attacks: List of Pit Bulls that have Attacked Cars and other improbable objects

Attacking cars and heavy metal objects is another characteristic that is virtually exclusive to pit bulls of all dog breeds.  I am aware of two attacks on cars attributed to other breeds of dogs.  One was a rottweiler.

Here is a non-exhaustive list of pit bull attacks on cars and other objects made of heavy plastic, metal or rubber 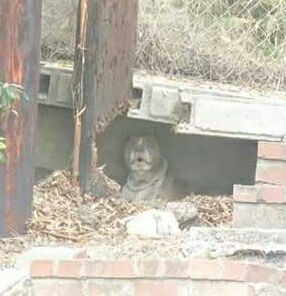 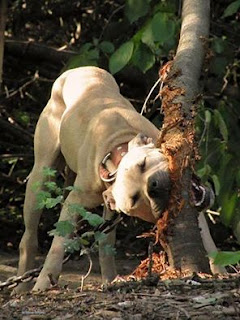 2020 OK - Two pit bulls attacked and tore up a Cadillac SUV trying to get to a cat hiding from them inside the engine.  The pit bulls left deep scratches and bite marks, and ripped off parts of the hood and windshield wipers.  This is not normal pet animal behavior.
https://bit.ly/2vnk8Ws 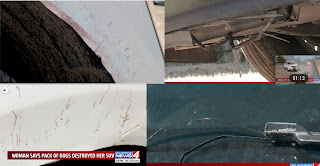 2019 MI - Two pit bulls destroyed the front of a car trying to get to the cats they wanted to kill.  The pit bulls punctured the steel hood of the car with their teeth, ripped off parts of the grille and bumper. Animals that are willing and able to do this kind of damage are unacceptable as pets.
https://bit.ly/2lsqoad 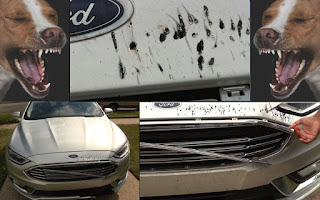 2017 IA Police afraid to stop pit bull they claim is not aggressive from attacking a car so it can have the joy of killing the cat that ran and hid inside the engine.  INSANE
http://bit.ly/2kgu1Q8


2017 - Video of pit bull biting through a car tire.  You can imagine that human flesh and bone would be no match for this pit bull.

2012 AL - Pit bull mastiff mixes tore apart a minivan in an attempt to rip apart and kill a cat that took refuge under the hood.
http://bit.ly/1W8bEZ6

2012 CA Kitten hid in a minivan to avoid being torn apart by the pit bull owner's four pit bulls (hope it was worth being a pit bull owner).  The pit bulls tear apart the minivan, puncture a tire instead.
http://bit.ly/2AMz2GR

2010 PA Two pit bulls rushed and mauled a student driver's car doing thousands of dollars of damage to it.
http://bit.ly/1FoNyky

2009 TN Police officers responding to a dog at large call must taze a pit bull to get it to stop attacking their police cruiser.
http://bit.ly/1BNpqlR

2009 AR Police were called by the owner of a car two pit bulls were attacking.
http://bit.ly/1xFPgsM

2007 TN The two pit bulls that killed Jennifer Lowe had previously attacked two police cruisers when police responded to a call about the pit bulls attacking her dog.
http://bit.ly/1yBo9Az

2004 AU Police shot and killed two pit bulls that had attacked their car, biting through a tire and tearing off a mud flap.
http://bit.ly/1xSBzIG

2003 NY - A pit bull on an American Airlines flight chewed through its kennel to escape and then chewed through the forward bulkhead panel destroying 3 cables for both navagation and communication systems.
http://bit.ly/2q9r45N